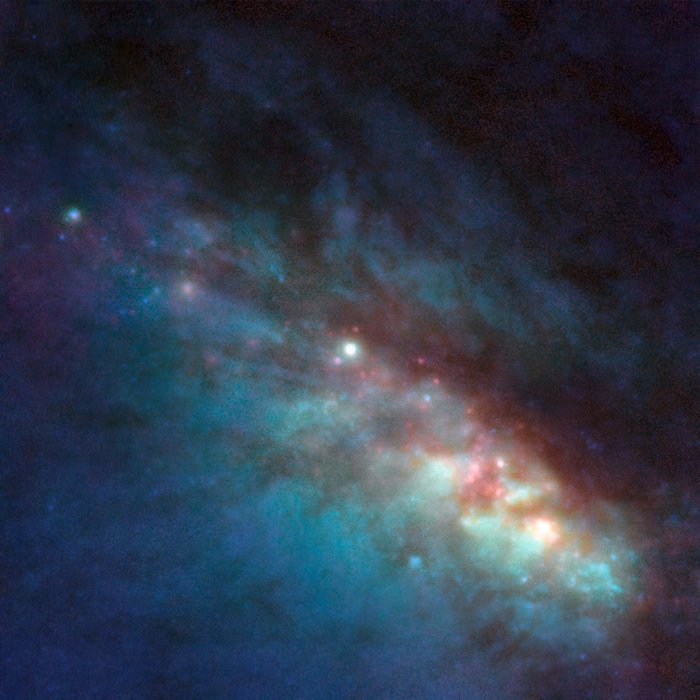 Close-up of the central regions of the starburst galaxy NGC 253. This image is based on data obtained with the NACO instrument on ESO's Very Large Telescope (VLT) and the ACS on the NASA/ESA Hubble Space Telescope. Thanks to the VLT's sharp eye, astronomers have identified 37 bright regions, a threefold increase on previous results. These regions are probably very active nurseries that contain as many as one hundred thousand young, massive stars bursting from their dusty cocoons. The field of view is 15 arcseconds.