The Crab Nebula as seen by CONCERTO 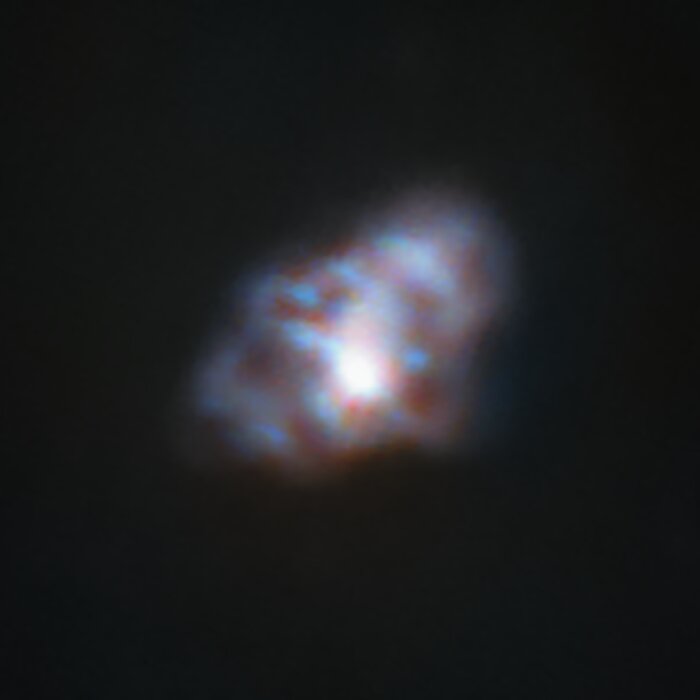 This image of the Crab Nebula (also known as Messier 1) in the constellation of Taurus is one of the first-light images taken by the CONCERTO instrument on APEX telescope, operated by ESO. It is the remnant of a supernova explosion at a distance of about 6,000 light-years, observed almost 1,000 years ago, in the year 1054. The total integration time is 3 minutes.