The VLT and the radiant Milky Way 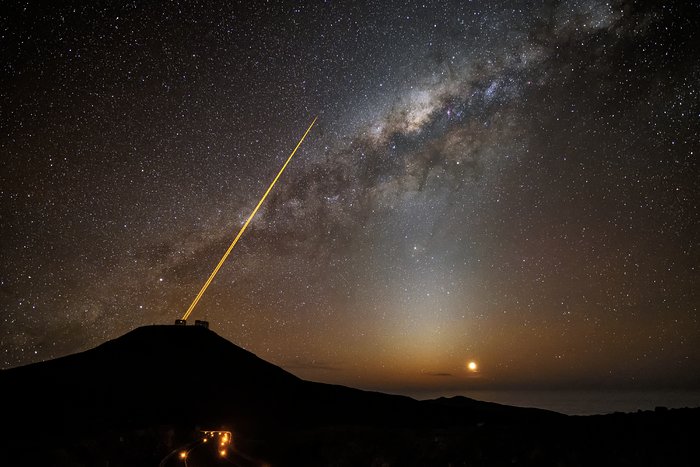 Night begins and a radiant Milky Way appears in the clear skies of the Atacama desert. The Very Large Telescope (VLT), situated at ESO's Paranal Observatory in Chile starts its nighttime observations.

The two laser beams from the VLT are pointed towards the sky and create "fake stars". These fake stars are part of the technique known as Adaptive optics, and are detected by sensors, which use them to measure atmospheric distortions. Once the distortions are known, this information can be used to correct astronomical images, greatly improving their quality.