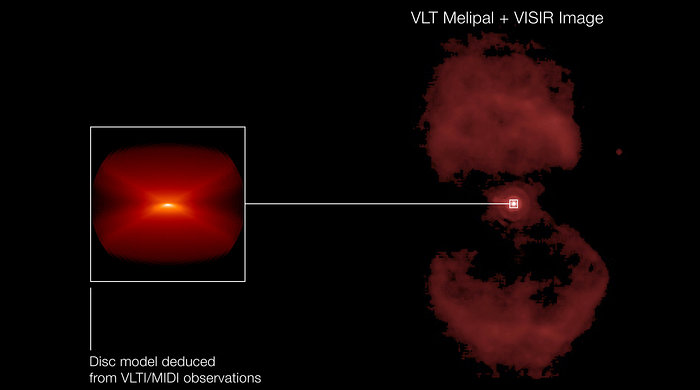 Notas: VISIR data relates to the right image. The left image is a model of the inner disk which was observed using MIDI.