Centre of the active galaxy NGC 1808 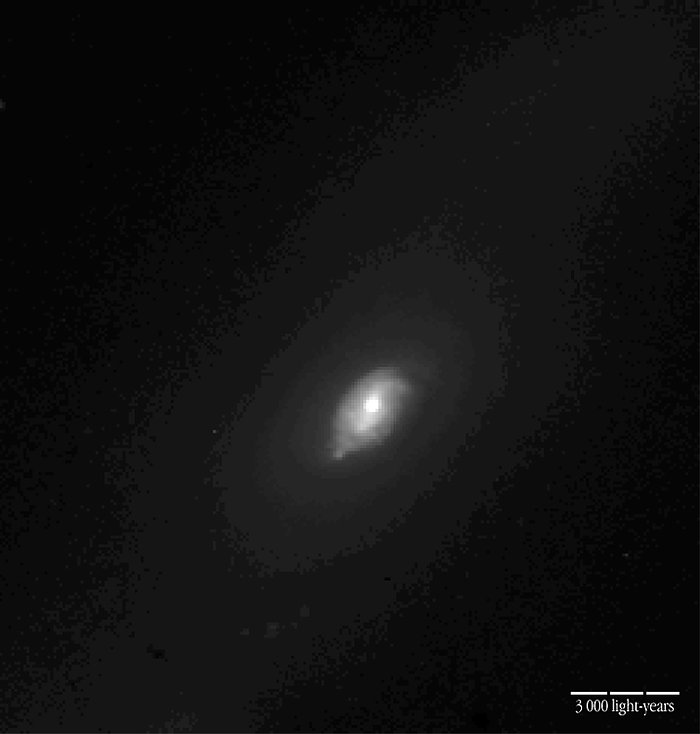 This is a photo of an active galaxy that was observed with ISAAC during the programme being carried out. It shows the central areas of NGC 1808 (H-band). The bar-like structure and the luminous centre where the Black Hole is located is visible. The distance to this galaxy is approximately 35 million light-years; the local scale is indicated in the photo.

Technical information: this image of the central region of NGC 1808 was reproduced from an H-band (1.6 µm) image obtained with the IRAC2 camera (now decommissioned) at the MPG/ESO 2.2-m telescope on La Silla. The exposure time was 50 sec and the field measures 2.0 x 2.1 arcmin 2 (original pixel size = 0.52 arcsec). North is up and East is left.