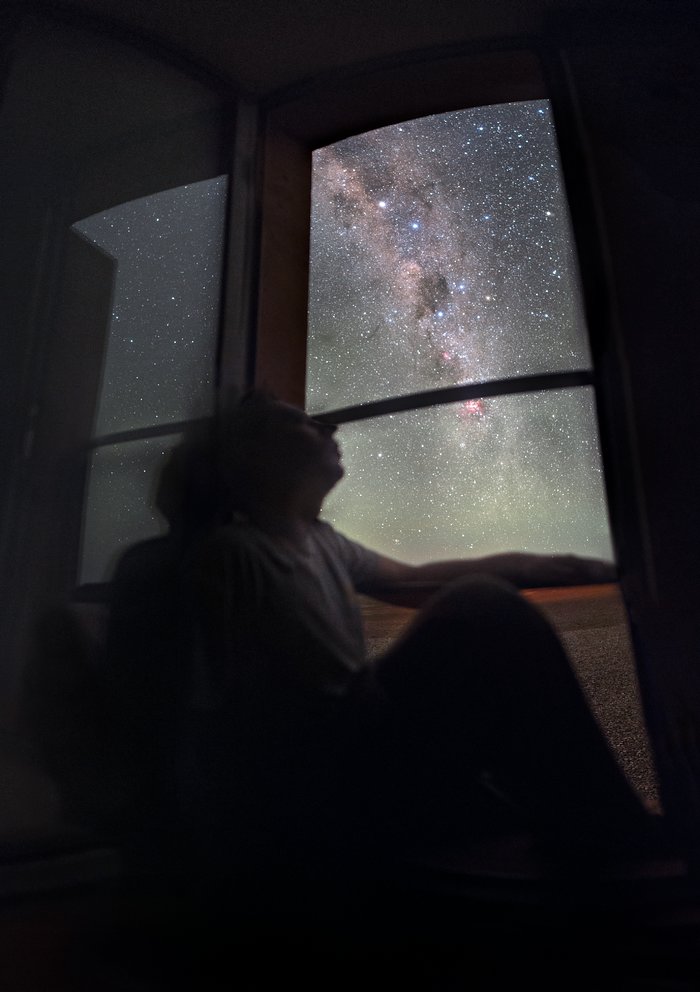 Even in their downtime, many astronomers cannot resist catching one more glimpse of the star-studded sky. This image captures a fascinated astronomer stargazing from the Residencia, ESO’s living quarters for staff working at Paranal Observatory in Chile. This view shows the dusty and star-filled band of the Milky Way rising over the Atacama Desert, the remote home of ESO’s Very Large Telescope (which sits atop Cerro Paranal).

The desert’s inhospitable conditions drove the construction of the Residencia, which was completed in 2002. An oasis for astronomers, the building contains 108 bedrooms built into a depression in the desert, and is considered a refuge from the harsh conditions of the Atacama — it even hosts a verdant garden and swimming pool! The building was designed to blend into its environment, and to minimise light pollution in the exceptionally dark skies of Paranal. The Residencia’s fascinating and unusual setting captured the eye and imagination of filmmakers in 2008, when it featured in the James Bond film Quantum of Solace.