Details of the MATISSE interferometric instrument 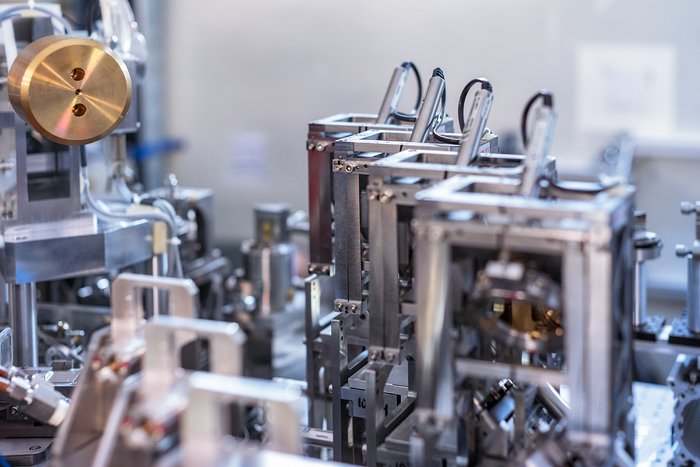 This picture shows part of the complex optics of MATISSE during installation. Many components occur four times, one for each beam of light entering the instrument from a different telescope.