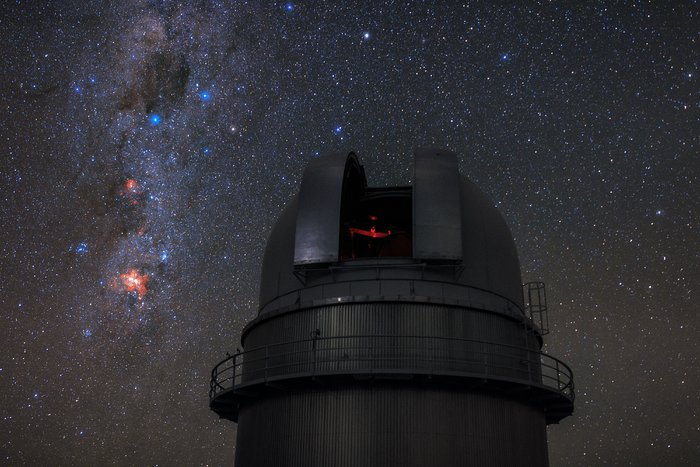 The Southern Cross has great significance in the Southern Hemisphere. For centuries, it — like the Big Dipper in northern skies — served as a beacon for navigators because the longer bar of the Cross points almost exactly towards the south pole of the sky. The Cross has also played an important role in the spiritual beliefs of many southern cultures and it is also the logo of the European Southern Observatory.Kilde: