Artist's impression of the planet NGTS-1b 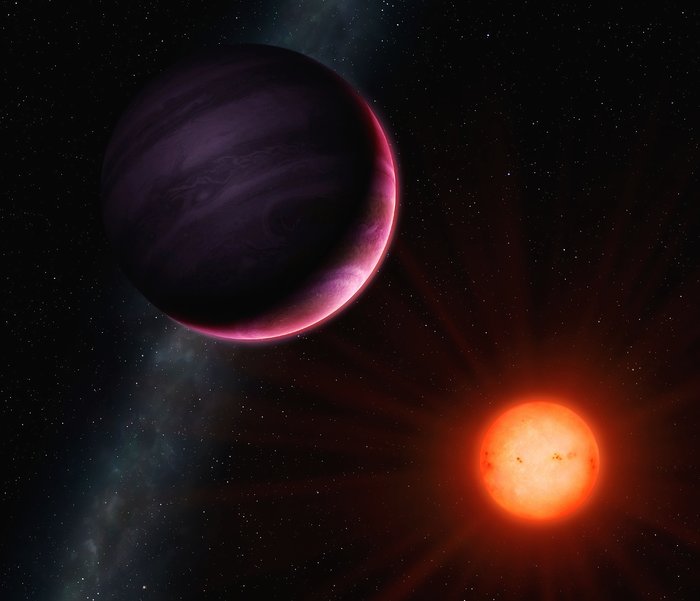 Artist's impression of the planet NGTS-1b, the first to be found using the NGTS system at ESO's Paranal Observatory. This planet is a hot Jupiter, at least as large as the Jupiter in the Solar System, but with around 20% less mass. It is very close to its star – just 3% of the distance between Earth and the Sun – and orbits the star every 2.6 days, meaning a year on NGTS-1b lasts two and a half days.