Some people are in great shape at the age of 90, while others are decrepit before they’re 50. We know that how fast people age is only loosely linked to how old they actually are — and may have more to do with their lifestyle. A new study using both the MPG/ESO 2.2-metre telescope at ESO’s La Silla Observatory and the NASA/ESA Hubble Space Telescope reveals that the same is true of star clusters.

Globular clusters are spherical collections of stars, tightly bound to each other by their mutual gravity. Relics of the early years of the Universe, with ages of typically 12–13 billion years (the Big Bang took place 13.7 billion years ago), there are roughly 150 globular clusters in the Milky Way and they contain many of our galaxy’s oldest stars.

But while the stars are old and the clusters formed in the distant past, astronomers using the MPG/ESO 2.2-metre telescope and the NASA/ESA Hubble Space Telescope have found that some of these clusters are still young at heart. The research is presented in the 20 December 2012 issue of the journal Nature.

“Although these clusters all formed billions of years ago,” says Francesco Ferraro (University of Bologna, Italy), the leader of the team that made the discovery, “we wondered whether some might be aging faster or slower than others. By studying the distribution of a type of blue star that exists in the clusters, we found that some clusters had indeed evolved much faster over their lifetimes, and we developed a way to measure the rate of aging.”

Star clusters form in a short period of time, meaning that all the stars within them tend to have roughly the same age. Because bright, high-mass stars burn up their fuel quite quickly, and globular clusters are very old, there should only be low-mass stars still shining within them.

This, however, turns out not to be the case: in certain circumstances, stars can be given a new burst of life, receiving extra fuel that bulks them up and substantially brightens them. This can happen if one star pulls matter off a close neighbour, or if they collide. The re-invigorated stars are called blue stragglers [1], and their high mass and brightness are properties that lie at the heart of this study.

Heavier stars sink towards the centre of a cluster as the cluster ages, in a process similar to sedimentation. Blue stragglers’ high masses mean they are strongly affected by this process, while their brightness makes them relatively easy to observe [2].

To better understand cluster aging, the team mapped the location of blue straggler stars in 21 globular clusters, as seen in images from the MPG/ESO 2.2-metre telescope and Hubble, among other observatories [3]. Hubble provided high resolution imagery of the crowded centres of 20 of the clusters, while the ground-based imagery gave a wider view of their less busy outer regions.

Analysing the observational data, the team found that a few clusters appeared young, with blue straggler stars distributed throughout, while a larger group appeared old, with the blue stragglers clumped in the centre. A third group was in the process of aging, with the stars closest to the core migrating inwards first, then stars ever further out progressively sinking towards the centre.

“Since these clusters all formed at roughly the same time, this reveals big differences in the speed of evolution from cluster to cluster,” said Barbara Lanzoni (University of Bologna, Italy), a co-author of the study. “In the case of fast-aging clusters, we think that the sedimentation process can be complete within a few hundred million years, while for the slowest it would take several times the current age of the Universe.”

As a cluster’s heaviest stars sink towards the centre, the cluster eventually experiences a phenomenon called core collapse, where the centre of the cluster bunches together extremely densely. The processes leading towards core collapse are quite well understood, and revolve around the number, density and speed of movement of the stars. However, the rate at which they happened was not known until now [4]. This study provides the first empirical evidence of how quickly different globular clusters age.

[1] Blue stragglers are so called because of their blue colour, and the fact that their evolution lags behind that of their neighbours.

[2] Blue stragglers combine being relatively bright and high mass by the standards of globular cluster stars, but they are not the only stars within these clusters that are either bright or massive.

Red giant stars are brighter, but they have a much lower mass, and therefore are not affected by the sedimentation process in the same way. (It is easy to distinguish these from blue stragglers because their colour is very different.)

Neutron stars, the extremely dense cores of stars much bigger than the Sun that exploded billions of years ago in the early history of globular clusters, have a similar mass to blue stragglers, and are affected by the sedimentation process, but they are incredibly difficult to observe and therefore do not make a useful subject for this study.

Blue stragglers are the only stars within clusters that combine high mass and high brightness.

[3] Of the 21 clusters covered by this research, 20 were studied with Hubble, 12 with the MPG/ESO 2.2-metre telescope, eight with the Canada-France-Hawaii telescope and one with NAOJ’s Subaru Telescope.

[4] Such a rate depends in a complex manner on the number of stars, their density and their velocity within a cluster. While the first two quantities are relatively easy to measure, velocity is not. For these reasons, previous estimates of the rate of globular cluster dynamical aging were based only on theoretical arguments, while the new method allows a totally empirical measurement.

This research was presented in a paper, “Dynamical age differences amongst coeval star clusters as revealed by blue stragglers“, by F. R. Ferraro et al., to appear in the journal Nature on 20 December 2012.

This research is part of the Cosmic-Lab project (www.cosmic-lab.eu) funded by the ERC (European Research Council) for a total amount of € 1.8 million for 5 years. Set up in 2007 by the European Union, the ERC aims to stimulate scientific excellence in Europe by encouraging competition for funding between the very best, creative researchers of any nationality and age. Since its launch, the ERC has funded over 2 500 researchers and their frontier research projects across Europe. The ERC operates according to an "investigator-driven", or "bottom-up", approach, allowing researchers to identify new opportunities in all fields of research (Physical Sciences and Engineering, Life Sciences, and Social Sciences and Humanities). It has also become a benchmark of the competitiveness of national research systems and complements existing funding schemes at national and European levels. The ERC, which is the newest component of the EU's Seventh Research Framework Programme, has a total budget of €7.5 billion from 2007 to 2013. Last year, the European Commission proposed a substantial increase in the ERC's budget for 2014 to 2020 under the new framework programme ('Horizon 2020'). The ERC is composed of an Executive Agency and a Scientific Council. The Scientific Council is made up of 22 top researchers and sets the ERC's scientific strategy. The ERC is led by President Prof. Helga Nowotny and the Scientific Council is represented in Brussels by Secretary General Prof. Donald Dingwell. The ERC Executive Agency implements the "Ideas" Specific Programme and is led by Director (ad int.) Pablo Amor. 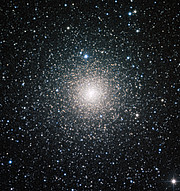 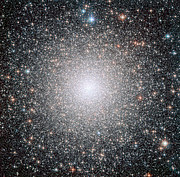 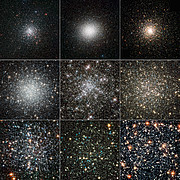 PR Video eso1252a
Evolution of globular clusters
Send us your comments!
Subscribe to receive news from ESO in your language
Accelerated by CDN77
Terms & Conditions