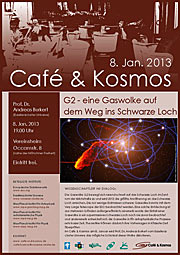 Afbeelding ann13001a
Poster of Café & Kosmos 8 January 2013
Send us your comments!
Subscribe to receive news from ESO in your language
Accelerated by CDN77
Overeenkomsten & voorwaarden