A sea of clouds 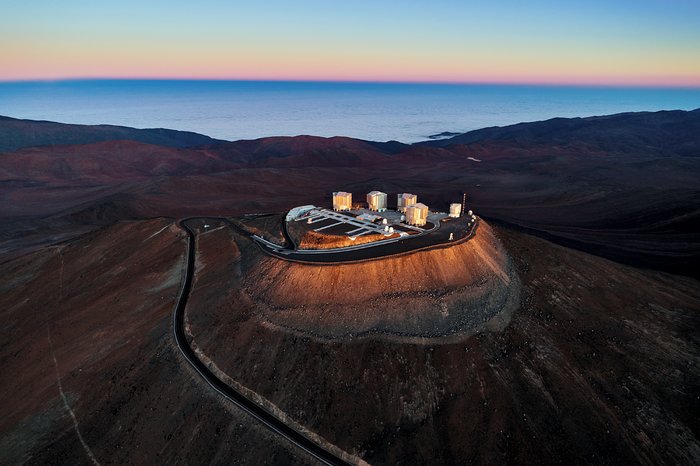 In this image, the first rays of the morning Sun shine down upon Cerro Paranal in northern Chile, the home of ESO's Very Large Telescope (VLT) — signalling that another successful night of observations has concluded at the world’s most productive ground-based astronomical facility.

Rising 2635 metres above sea level, the VLT’s site is amongst the best in the world for gazing deep into the Universe. Giving a sense of the site’s altitude is the apparent “sea” in the background. This is, however, a trick of the eye; the Atacama Desert, where ESO’s VLT is located, is a very dry place. Rather than liquid water, the distant, blue-hued sea is instead composed of clouds that form at lower elevations.

Panoramic image of the VLT
Credit: