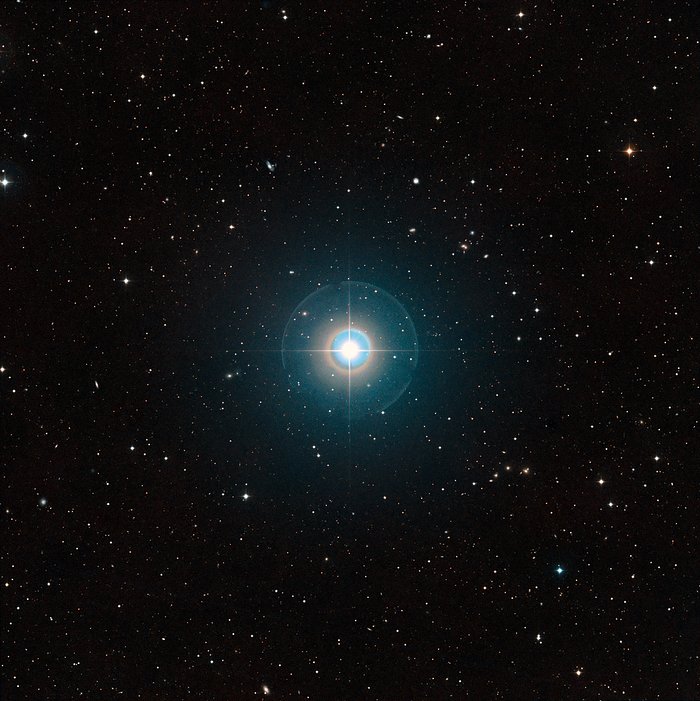 This image of the sky around the star Tau Boötis was created from the Digitized Sky Survey 2 images. The star itself, which is bright enough to be seen with the unaided eye, is at the centre. The spikes and coloured circles around it are artifacts of the telescope and photographic plate used and are not real. The exoplanet Tau Boötis b orbits very close to the star and is completely invisible in this picture. The planet has only just been detected directly from its own light using ESO's VLT.