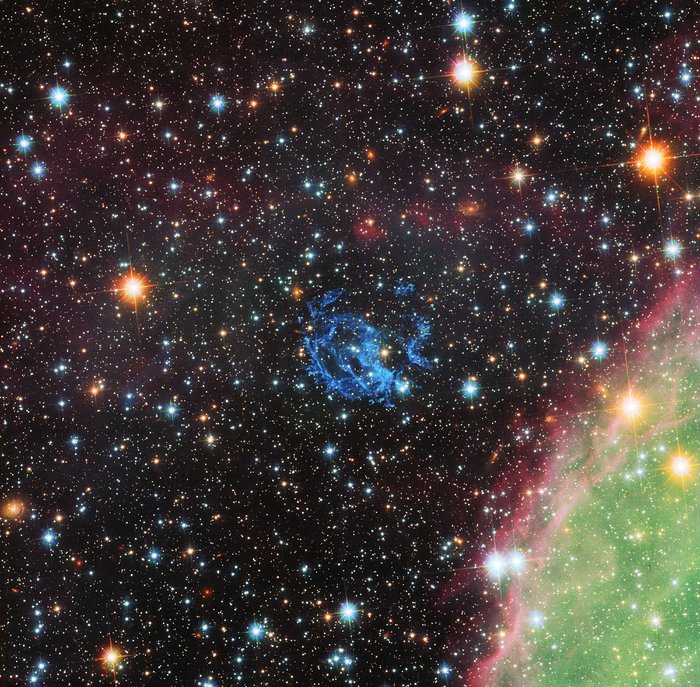 This picture from the NASA/ESA Hubble Space Telescope sets the scene for the story of the hunt for an elusive missing object hidden amid a complex tangle of gaseous filaments in one of our nearest neighbouring galaxies, the Small Magellanic Cloud.

The wisps of gas forming the supernova remnant 1E 0102.2-7219 show up in blue near the centre of the picture. Part of the massive star-forming region, N 76, also known as Henize 1956, appears at the lower right in green and pink.