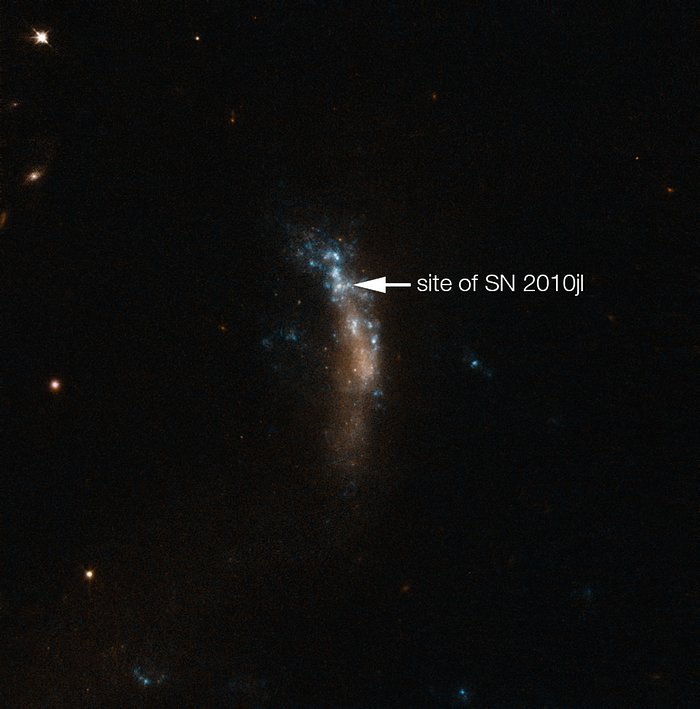 This image from the NASA/ESA Hubble Space Telescope shows the irregular dwarf galaxy UGC 5189A. This star-forming galaxy was the site of the bright supernova SN 2010jl. VLT observations of this supernova have shown that these cosmic dust factories make their grains in a two-stage process, starting soon after the explosion, but continuing long afterwards.

This image was taken before the supernova exploded, but the position of the massive progenitor star that exploded is marked.