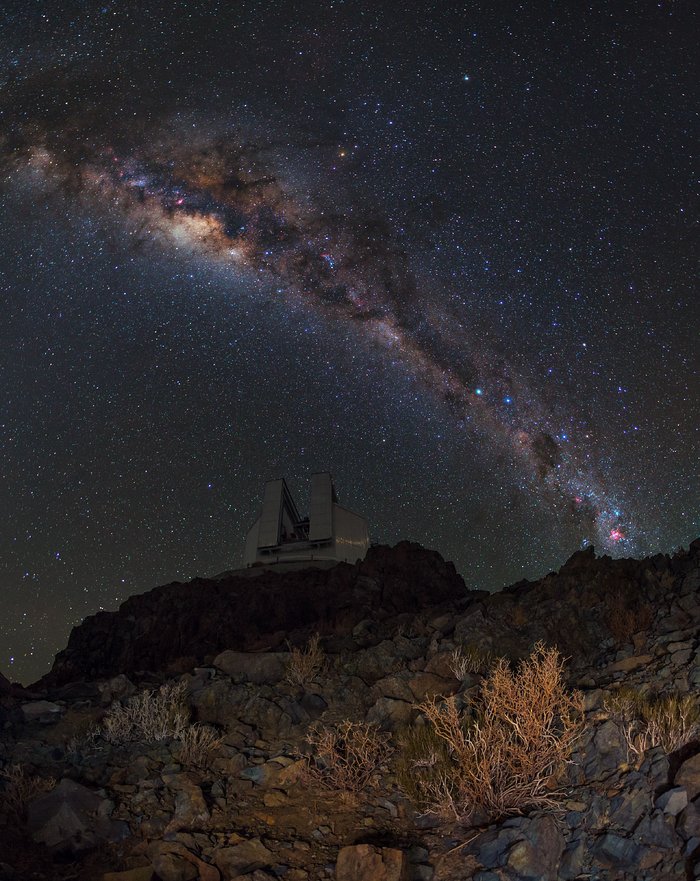 This week’s picture was taken by ESO Photo Ambassador Babak Tafreshi at ESO’s La Silla Observatory. The bright lane of the Milky Way can be seen streaking across the skies above the Chilean Atacama Desert, beneath which sits the New Technology Telescope (NTT), one of the ten active telescopes located at the observatory.

La Silla is the oldest observation site used by ESO — it has been an ESO stronghold since the 1960s. The site houses a number of telescopes, two of which are operated solely by ESO: the aforementioned NTT, the star of this image, and the 3.6-metre ESO telescope.

The NTT saw first light in 1989. It was a key player in ESO’s development of active optics, a technique used by astronomers to control the shape of the main mirror and correct for deformations that may affect image quality. Today, active optics is — or will be — used by all major modern telescopes, including ESO’s Very Large Telescope (VLT) and the forthcoming European Extremely Large Telescope (E-ELT).