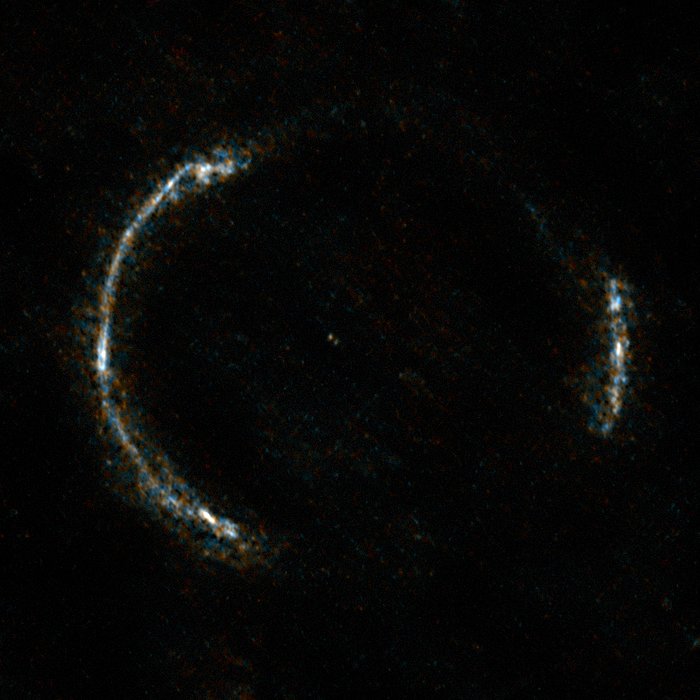 The gravitationally lensed galaxy SDP.81, which appears as an almost perfect Einstein Ring, is seen here.