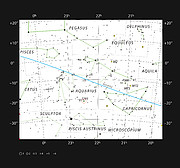 PR kép eso1205b
The Helix Nebula in the constellation of Aquarius 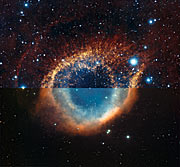 Infrared/visible light comparison view of the Helix Nebula
Send us your comments!
Subscribe to receive news from ESO in your language
Accelerated by CDN77
Szerződési feltételek