Celestial spiral with a twist 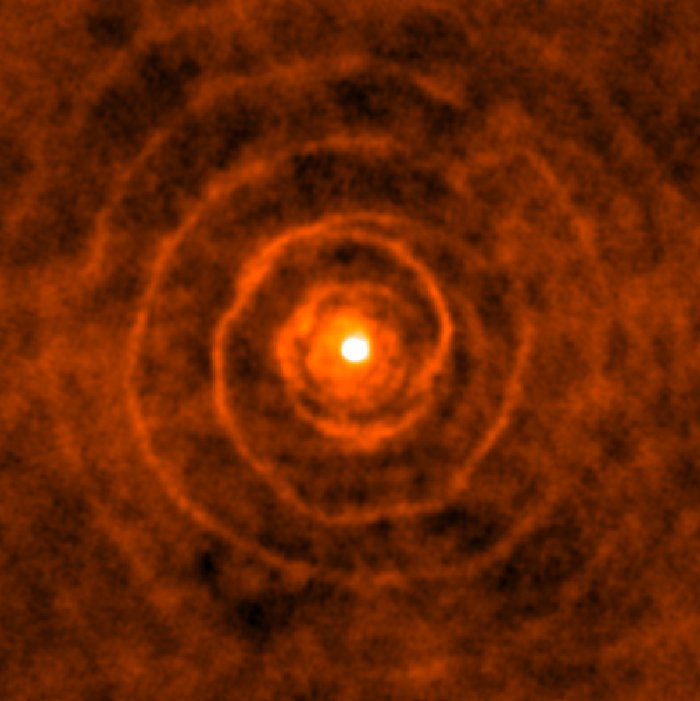 Although it looks like the pattern of a shell on the beach, this intriguing spiral is in fact astronomical in nature. The Atacama Large Millimeter/submillimeter Array (ALMA) captured this remarkable image of a binary star system, where two stars — LL Pegasi and its companion — are locked in a stellar waltz, orbiting around their common centre of gravity. The old star LL Pegasi is continuously losing gaseous material as it evolves into a planetary nebula, and the distinct spiral shape is the imprint made by the stars orbiting in this gas.

The spiral spans light-years and winds around with extraordinary regularity. Based on the expansion rate of the spiralling gas, astronomers estimate that a new “layer” appears every 800 years — approximately the same time it takes for the two stars to complete one orbit around each other.

LL Pegasi was first highlighted about 10 years ago when the NASA/ESA Hubble Space Telescope obtained a picture of the almost-perfect spiral structure. This was the first time a spiral pattern had been found in material surrounding an old star. Now, ALMA’s observations, of which this image only shows one “cross-section”, have added an extra dimension to reveal the exquisitely-ordered 3D geometry of the spiral pattern. A full view of the 3D video can be seen in this video.

An additional image shows a composition of the ALMA and Hubble data.