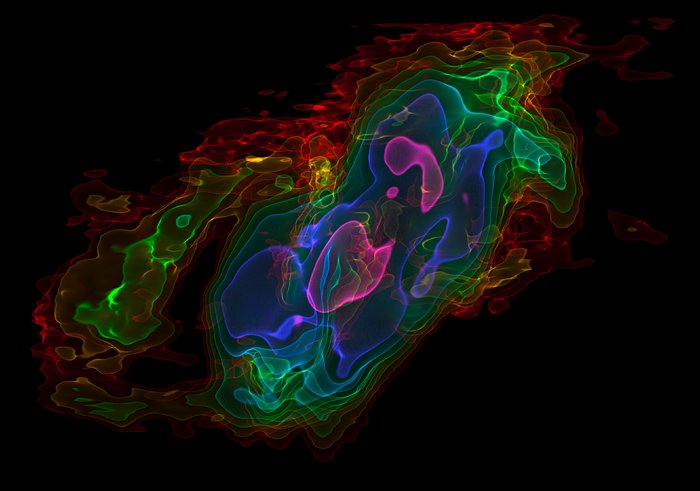 This picture shows a view of a three-dimensional visualisation of ALMA observations of cold carbon monoxide gas in the nearby starburst galaxy NGC 253 (The Sculptor Galaxy). The vertical axis shows velocity and the horizontal axis the position across the central part of the galaxy. The colours represent the intensity of the emission detected by ALMA, with pink being the strongest and red the weakest.

These data have been used to show that huge amounts of cool gas are being ejected from the central parts of this galaxy. This will make it more difficult for the next generation of stars to form.