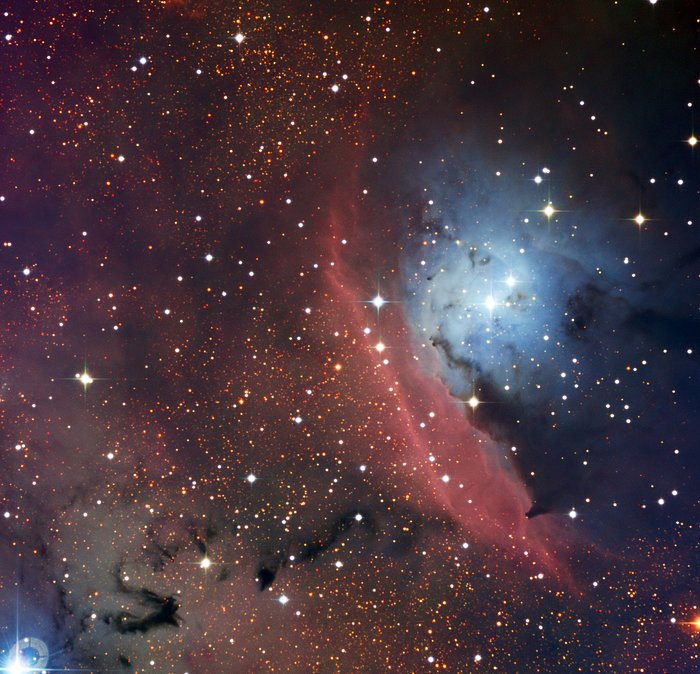 The Danish 1.54-metre telescope located at ESO’s La Silla Observatory in Chile has captured a striking image of NGC 6559, an object that showcases the anarchy that reigns when stars form inside an interstellar cloud. This region of sky includes glowing red clouds of mostly hydrogen gas, blue regions where starlight is being reflected from tiny particles of dust and also dark regions where the dust is thick and opaque.