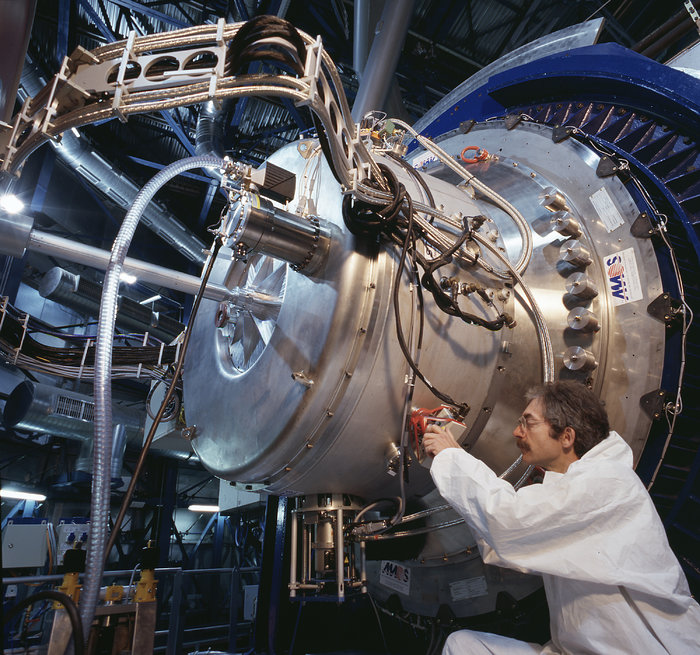 ISAAC, the first infrared multi-mode astronomical instrument for the VLT, now installed at one of the two Nasmyth foci of UT1. The first test exposures were made in November 1998, confirming its unique capability for astronomical observations in the near-infrared spectral region. It has already produced great images and spectra of astronomical objects, cf., e.g., ESO Press Release eso9856 . A second commissioning phase will take place shortly. (Photo obtained on December 5, 1998).