The prince of Asturias during his visit to ESO's Paranal Observatory 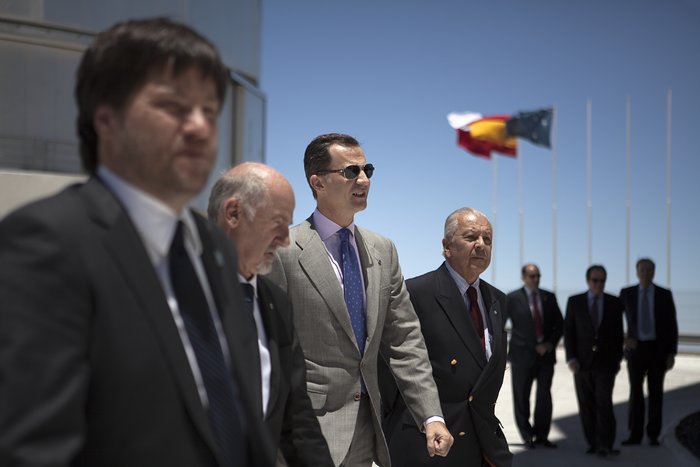 On 24 November 2011 ESO’s Paranal Observatory in Chile was honoured with a visit from Their Royal Highnesses the Prince and Princess of Asturias — the Spanish Crown Prince and Princess. They were accompanied by the Spanish Minister of Science and Innovation, Dr. Cristina Garmendia, the Chilean Minister of Foreign Affairs, Alfredo Moreno, and the Chilean Minister of National Assets, Catalina Parot. In this photograph, from the left, are: the director of the observatory, Dr Andreas Kaufer; the ESO Representative in Chile, Prof. Massimo Tarenghi; and His Royal Highness the Prince of Asturias.