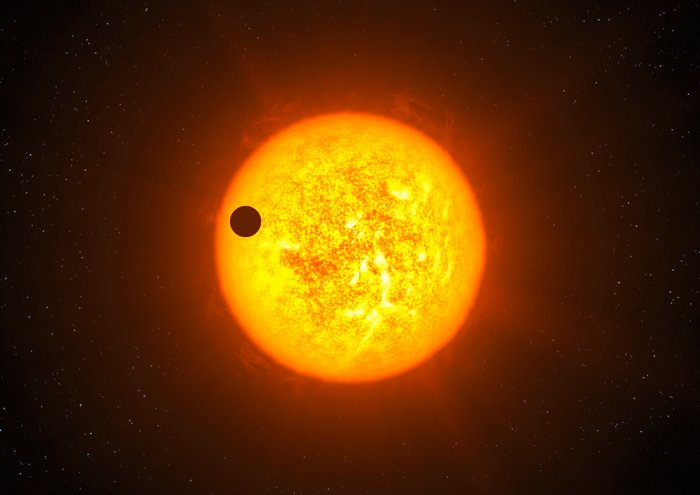 This artist’s impression shows the transiting exoplanet Corot-9b. Discovered by combining observations from the CoRoT satellite and the ESO HARPS instrument, Corot-9b is the first “normal” exoplanet that can be studied in great detail. This planet has the size of Jupiter and an orbit similar to that of Mercury. It orbits a star similar to the Sun located 1,500 light-years away from Earth towards the constellation of Serpens (the Snake). Corot-9b passes in front of its host star every 95 days, as seen from Earth. This “transit” lasts for about 8 hours. Like our own giant planets, Jupiter and Saturn, the planet is mostly made of hydrogen and helium, and it may contain up to 20 Earth masses of other elements, including water and rock at high temperatures and pressures.