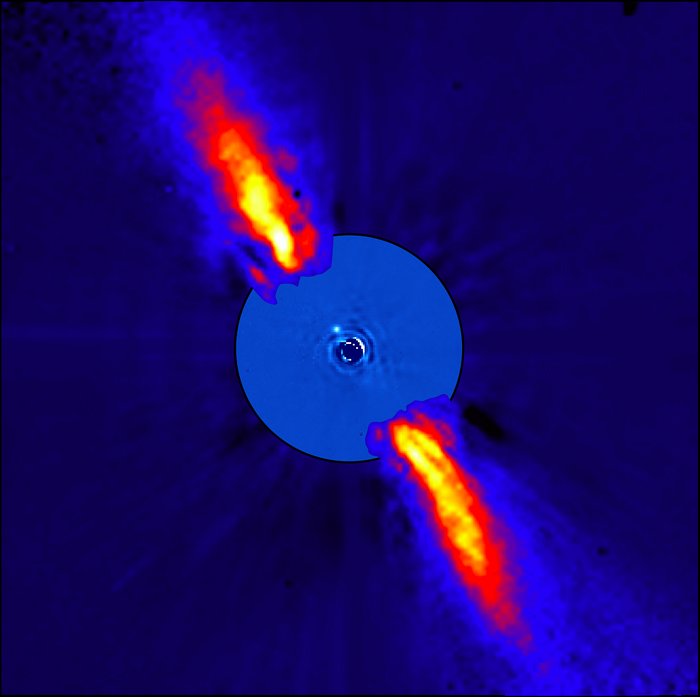 This composite image represents the close environment of Beta Pictoris as seen in near infrared light. This very faint environment is revealed after a very careful subtraction of the much brighter stellar halo. The outer part of the image shows the reflected light on the dust disc, as observed in 1996 with the ADONIS instrument on ESO's 3.6 m telescope; the inner part is the innermost part of the system, as seen at 3.6 microns with NACO on the Very Large Telescope. The newly detected source is more than 1000 times fainter than Beta Pictoris, aligned with the disc, at a projected distance of 8 times the Earth-Sun distance. This corresponds to 0.44 arcsecond on the sky, or the angle sustained by a one Euro coin seen at a distance of about 10 kilometres. Because the planet is still very young, it is still very hot, with a temperature around 1200 degrees Celsius. Both parts of the image were obtained on ESO telescopes equipped with adaptive optics.