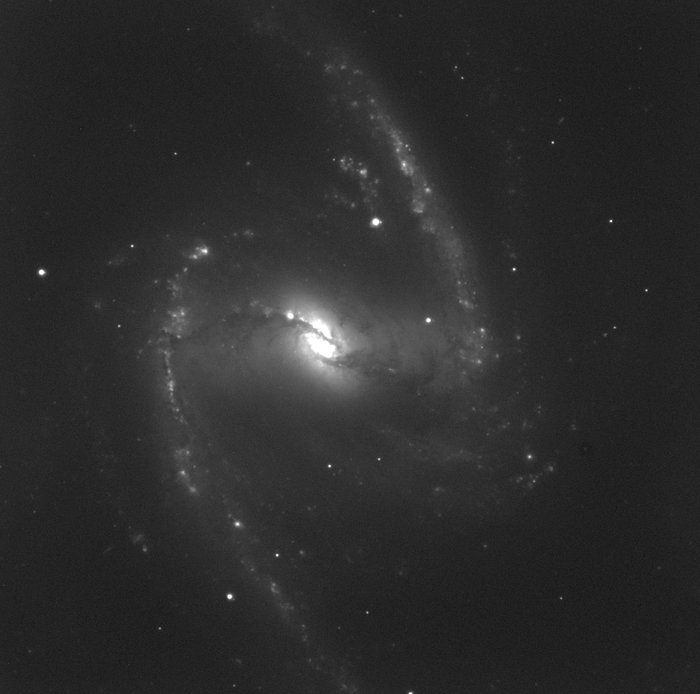 This photo was obtained by FORS1 at VLT UT1 through a narrow optical filter that isolates light emitted by hydrogen in the red H-alpha spectral line. It shows predominantly star-forming regions and other emission nebulae, most of which are located in the bar and along the spiral arms. The exposure time was 900 seconds and the image quality is excellent, about 0.36 arcsec. The field measures about 7 x 7 arcmin 2. North is up and East is left.