The LEGO® VLT and E-ELT models side by side 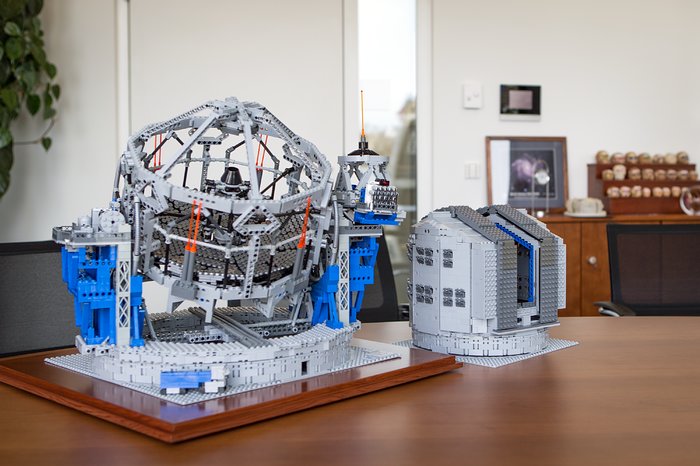 Frans Snik’s model of the VLT is to the same scale as his earlier model of the E-ELT, which, as this image clearly shows, is a much bigger telescope in every sense. The VLT model has been taken out of its dome and placed at the Nasmyth focus of the E-ELT, emphasising the difference in size.