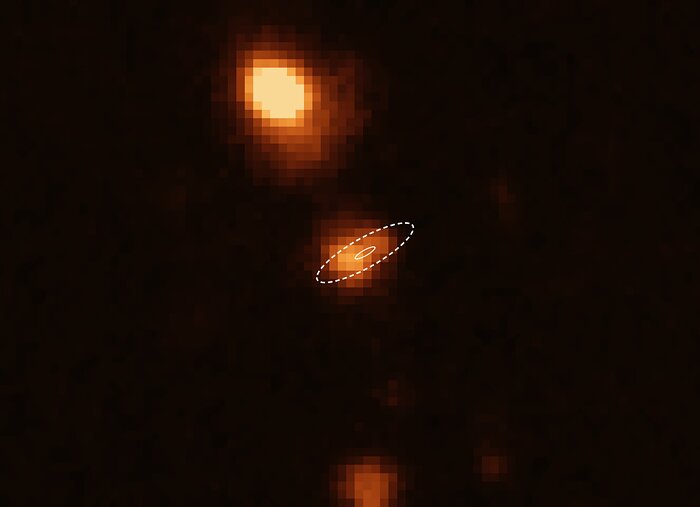 Soon after the Australian Square Kilometre Array Pathfinder (ASKAP) radio telescope pinpointed a fast radio burst, named FRB 181112, ESO’s Very Large Telescope (VLT) took this image and other data to determine the distance to its host galaxy (FRB 181112 location indicated by the white ellipses). The analysis of these data revealed that the radio pulses have passed through the halo of a massive galaxy (at the top of the image) on their way toward Earth.