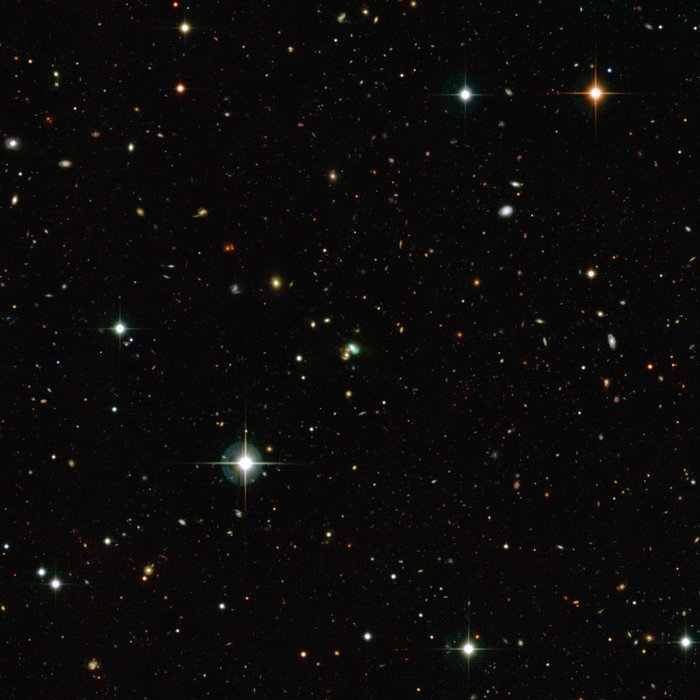 This view from the Canada-France-Hawaii Telescope shows thousands of galaxies in the distant Universe. But the one close to the centre looks very odd — it is bright green. This very unusual object is known as J224024.1−092748 or J2240 and it is a bright example of a new class of objects that have been nicknamed green bean galaxies. Green beans are entire galaxies that are glowing under the intense radiation from the region around a central black hole. J2240 lies in the constellation of Aquarius (The Water Bearer) and its light has taken about 3.7 billion years to reach Earth.