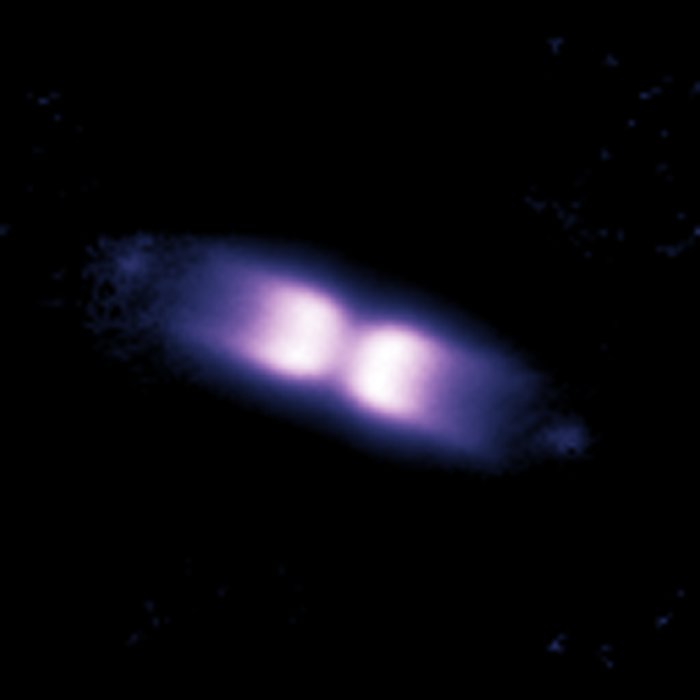 Using the NACO adaptive optics instrument on ESO’s Very Large Telescope and its ability to obtain images as sharp as if taken from space, astronomers looked at a bipolar shell ejected by a “vampire star”, which underwent an outburst after gulping down part of its companion’s matter.