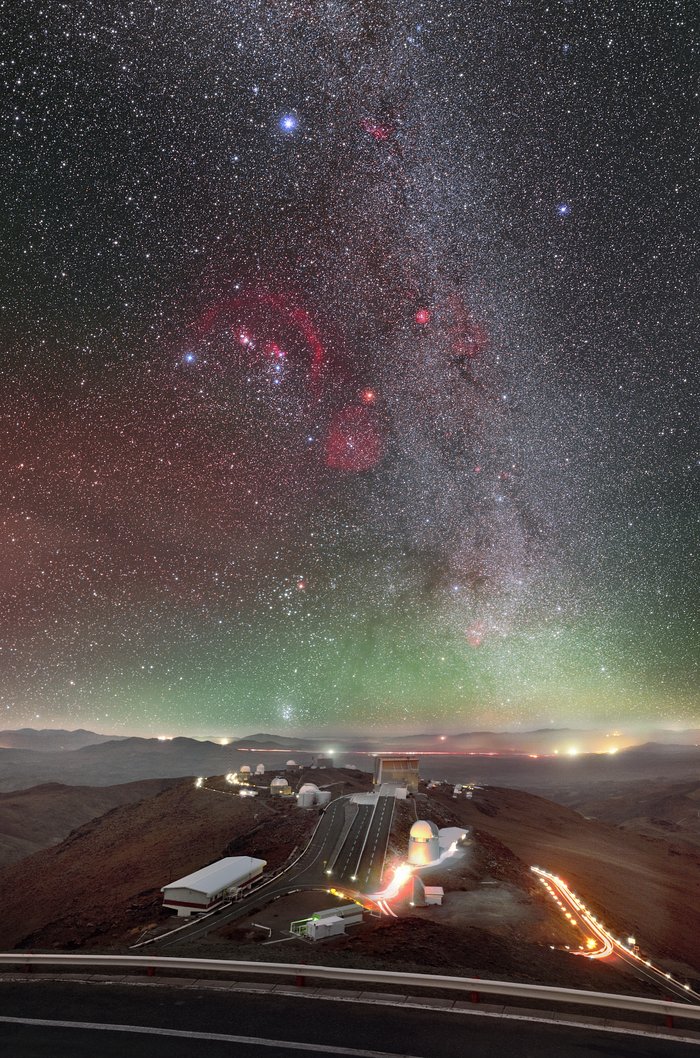 The La Silla Observatory is located in northern Chile at an altitude of 2400 metres. It enjoys some of the darkest night skies on Earth and has been an ESO stronghold since the 1960s. This spectacular shot was captured from the vantage point of ESO’s 3.6-metre telescope —one of the most productive four-metre-class telescopes in the world.Të drejtat: