First ever image of a multi-planet system around a Sun-like star (uncropped, without annotations) 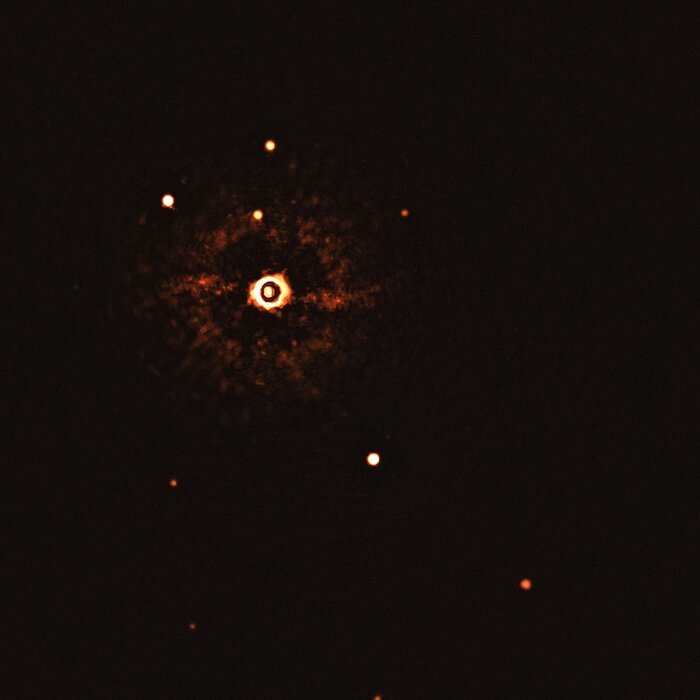