Aerial view of the VLTI with tunnels superimposed 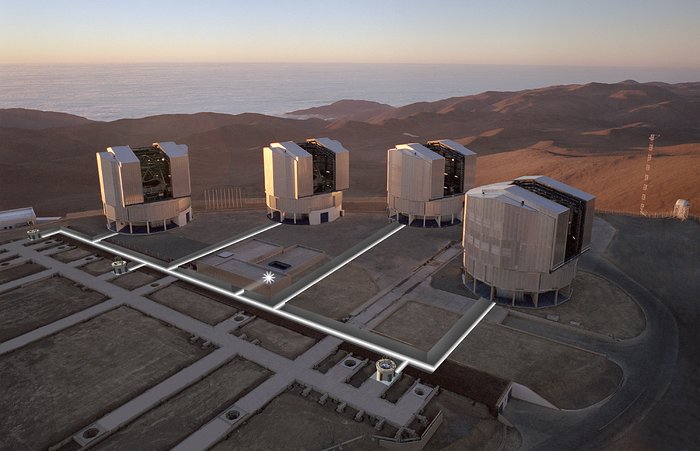 Aerial view of the observing platform on the top of Paranal mountain (from late 1999), with the four enclosures for the 8.2-m Unit Telescopes (UTs) and various installations for the VLT Interferometer (VLTI). Three 1.8-m VLTI Auxiliary Telescopes (ATs) and paths of the light beams have been superimposed on the photo. Also seen are some of the 30 "stations" where the ATs will be positioned for observations and from where the light beams from the telescopes can enter the Interferometric Tunnel below. The straight structures are supports for the rails on which the telescopes can move from one station to another. The Interferometric Laboratory (partly subterranean) is at the centre of the platform.